We translate and publish the market view of our portfolio manager Maurizio Novelli, taken from Milano Finanza. The original article in Italian can be found at this link: shorturl.at/aKSW5

The U.S. economy is vulnerable to a stock of speculative debt, the largest ever created in its history, and risks long-term economic stagnation. For the long term, better to bet on 10-year U.S. and German government bonds and gold

Markets are desperately trying to spot the likely spike in inflation in an attempt to stage a recovery, but “the technical bounce” will not be able to change the underlying trend that has now erased the bull market. Regardless of the Fed’s policies, the global economy has begun its path toward recession, and Europe and the United States have already been in recession for a few months.
But to hope that recession is a “necessary evil” as long as we do not have rising interest rates is to fail to understand what is actually behind this crisis. It was not triggered by raising rates or restrictive monetary policies. China is also failing to return to an acceptable growth pace because of the global slowdown and real estate problems, thus accentuating the risk that the three largest economies on the planet will be mired in structural problems for a long time.
We have been accustomed to periods of deep and violent financial crises (2001, 2008 and 2020). But they have also been quite short. Monetary and fiscal policies had ample leeway to intervene to kick start the cycle. But today the room for maneuver is very narrow or almost nil. While there is a tendency to suggest that markets are ready to reabsorb losses because they have already fallen so much, in reality, it is the fundamental picture that has changed dramatically.
The cracks in the edifice can be seen in the Private Equity and Leverage Loans sectors. The latter is the main cause of the disappointing earnings performance of Wall Street banks — which, beset with speculative loans that can be repaid only by IPOs at stratospheric prices — are now in strategic retreat on all fronts. Private equity activity in recent years is probably the epicenter of the speculative bubble that supported Nasdaq’s gains and the valuations of publicly traded companies that never made a profit, yet were enthusiastically snapped up by retail investors and by Mutual Funds.
From 2010 onward, Wall Street banks have simply “shifted” their speculative activity from the mortgage-backed securities of 2006/2007 to the Leverage Loans of 2020/2021. In particular, the last three or four years have been particularly busy for IPOs by “unicorns” (companies with sky-high valuations and consistently loss-making business models).

The banks thus financed, through Leverage Loans, the "unicorn" companies owned by Private Equity funds that were sold in IPOs at manic prices reflecting the speculative fury of the stock market. IPOs allowed private equity funds to cash in on fat capital gains, and banks to recoup their investment on their loans. Many of these companies defaulted a few months after listing. 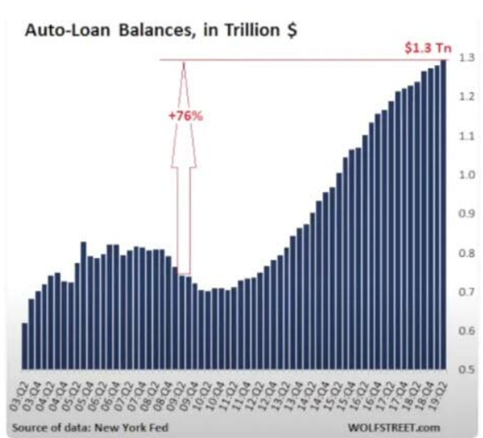 It is estimated that more than 30% of all credit outstanding in the United States is speculative or subprime, a speculative orgy that has been unleashed by a central bank that has not done its job for the past decade and, as usual, has tried not to see what is going on right now. We are anxious about the coming recession, and to see how the defaults starting to emerge even now will be handled. They have been kept well hidden in securitization instruments just like they were in 2006/2007, in order to make people believe that “the system is sound.” This “mantra” is often repeated right before every crisis to induce investors not to exit the market.

We are also beginning to see strange transactions between private equity firms, banks and Mutual Funds, where the first two intermediaries sell Leverage Loans to investment funds, probably eager to buy high-yield structured securities for their end investors’ portfolios. I fear that the usual operational practices preceding a systemic crisis have already begun. Yet today, given the size of the problem, it may not result in the bailouts we’ve seen in the past.

In fact, it seems that attitudes toward central banks are changing. The government of Australia has initiated an audit against the Reserve Bank of Australia (Australia’s central bank) for how it has handled the inflation problem. The same sentiment is emerging in the U.S. government, where a fringe of senators has begun to openly criticize the Fed’s forecasting capabilities on inflation and growth. In Japan, public opinion has begun to openly criticize the Bank of Japan for its reflationary and Yen devaluation policies. This is only just the beginning…

The coming crisis will be very different from those we have seen in the past two decades. Governments will try to “inflate” the macro data as they did during the pandemic, but this attempt will not fit the public’s perception of everyday life. Central banks will come under fierce criticism for the past conduct of monetary policies, and for yet another failure in systemic risk controls. Criticism of the central banks’ actions will put a brake on yet another taxpayer-funded bailout. The economy, burdened with a colossal amount of outstanding speculative debt, will be exposed to long-term stagnation, since it will not be able to absorb all the defaults needed to clean up the system at once. The long recession/stagnation phase, caused by the onset of a balance sheet recession very similar to that experienced by Japan in the 1990s, will cause a significant correction in stock markets.

The central banks’ Quantitative Easing policies have dragged the entire system into the speculative debt trap, which, driven by the strategy of “yield hunting,” has gorged on debt that is sustainable only at zero interest rates. But zero rates are not enough, you must also have a growing economy to pay the debt. Today both are coming up short.
Therefore, I remain focused on the market targets already highlighted in earlier notes, which see indicative levels of 3500 for the SPX, 12,000 for the Nasdaq 100, 3200 for the Eurostoxx, and 12,000 for the DAX. Markets may well interpret the likely drop in inflation caused by a recession in a positive light, but the recession or economic stagnation ahead will make the colossal amount of speculative debt outstanding unrepayable, and this will initiate a balance sheet recession.

The long deleverage phase will be characterized by debt restructurings and defaults, much like what Japan endured after the leverage boom of the 1980s. The phenomenon will initially be perceived as temporary. When it continues, it will bring market indexes to much lower levels than I have indicated above. However, at the moment we are waiting to watch the unfolding developments to see how the debt crisis triggered by leverage loans will evolve and spread to other speculative segments of credit.
The same problem is also occurring in China, not on Leverage Loans but in lending to the real estate sector. China is also entering a balance sheet recession. Bank balance sheets are four times GDP, and the growth of the Chinese economy will never return to past levels because a deleverage in the real estate sector has begun. For those who would like to learn more about the impact of a balance sheet recession on the economy, they can read papers by Irving Fisher and, more recently, Richard Koo.

We will see whether the Fed will become the buyer of last resort for Leverage Loans and ABS as well. If it does, it means that in the meantime we will see market declines that are unlike anything seen before.
The Global Strategy Fund’s investment strategy, therefore, remains geared toward maintaining significant short positions in equity markets.

With more than 35 years of experience in portfolio management and proprietary trading, Maurizio Novelli in 2007 launched one of the first Luxembourg UCITS funds with a Global Macro strategy, of which he is currently the Senior Portfolio Manager, boasting one of the longest track records in the asset class...

We are looking for a Senior Fund Risk Officer to join the AIFs Team.
Your mission will consist in being in charge of managing the Risk Management framework of several AIFs clients.